The Friend of NYSOMA award was established by the NYSOMA Board of Directors to honor the service of individuals who, through personal action, demonstrate in an extraordinary way, those social values affirmed to the goals of New York State Odyssey of the Mind.

The recipient this year is Jackie Otte. 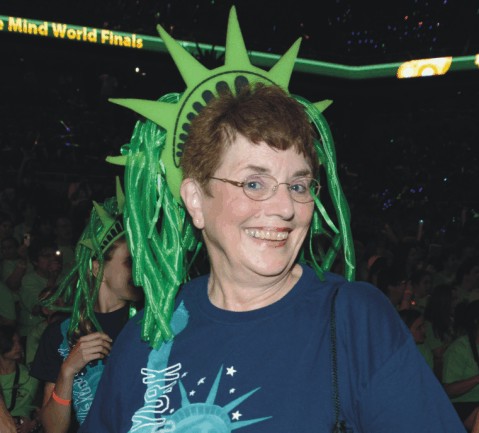 Jackie has been involved in the Odyssey program in New York since its inception.  As a school district coordinator, she brought Odyssey into her school district for the first time in 1980.  She coached teams from 1980 to 1982 and had two teams advance to World Finals during that period.

Her early involvement drew her further into the program where she has served a multitude of positions in support of Odyssey.  She has been a regional Spontaneous Problem Captain for Region 7 and has served as their Primary Problem captain since the Primary Program was introduced.  She has also been a Primary PC for other regions and at the State level as needed.

Jackie expanded her judging role beyond New York to include Massachusetts and Maine on numerous occasions.

From 1995 until 2002, she served as the Judges’ Coordinator for NYSOMA, recruiting and handling all of the logistics associated with our judges for the State Tournament.

In 2004, Jackie undertook the position of NYSOMA State (Association) Director, the position which she still holds today.  The State Director serves as the equivalent of a CEO to the organization.  This means that for the past 10 years, she has been responsible for all of the day-to-day operations of NYSOMA, ensuring that everything that needs to be done, gets done.  She has worked tirelessly over these years to ensure that New York , the largest Odyssey Association anywhere,  is run as a World Class organization!