The Friend of NYSOMA award was established by the NYSOMA Board of Directors to honor the service of individuals, who through personal action, demonstrate in an extraordinary way, those social values affirmed to the goals of New York State Odyssey of the Mind.  The inscription on the plaque reads: “In recognition and appreciation of unique talents and creative energies offered on behalf of NYSOMA.”  This year’s recipient is Sharlene Smith. 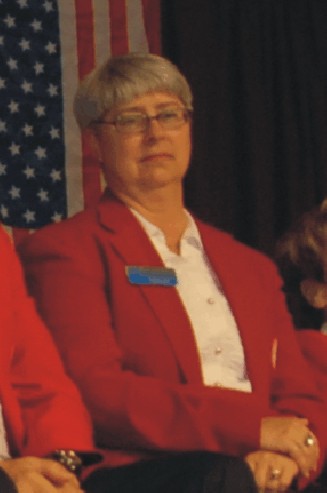 Sharlene first began her involvement in Odyssey of the Mind in 1983 when she coached her son’s team as they solved the problem “Miners Helpers”.  In 1986 she made her first trip to world finals; this time it would be as a coach.  The first time she went to world finals as a judge she served as a score checker.  Since that time Sharlene has taken on key roles at the regional, state and international levels.   At each of those levels she has moved from the position of long-term judge to the role of Problem Captain, accepting the position of International Problem Captain for problem 5 in 2003.

She has been a key member of the NYSOMA training team that developed and each year presents the training for new Problem Captains and Head Judges.  She is considered by many to be the expert at retaining officials at all levels.

NYSOMA is proud to recognize Sharlene for the work she has done and continues to do on behalf of the Odyssey of the Mind Program.